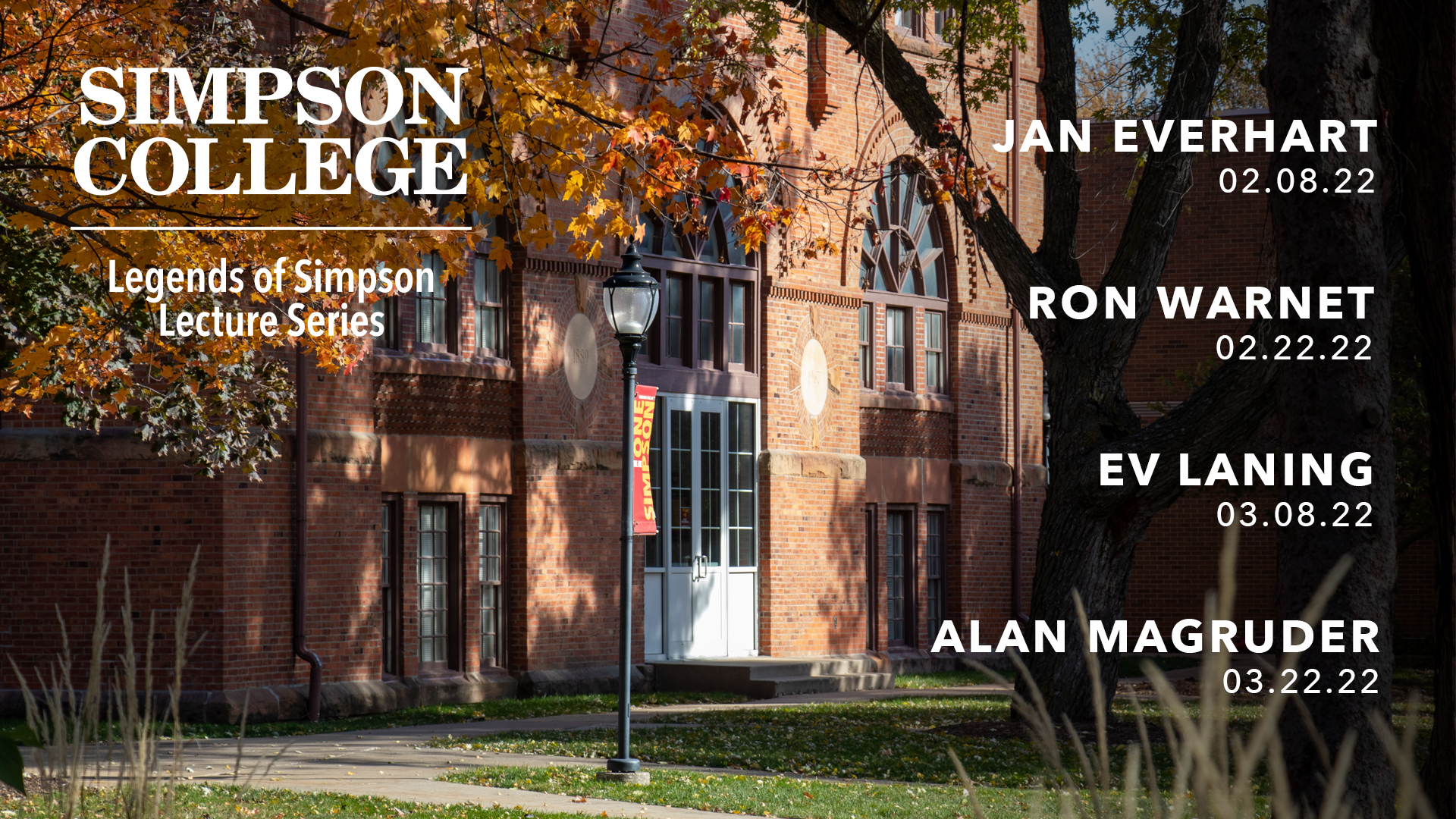 The Legends of Simpson Lecture Series is back in 2022! Join us as four new legends invite you into their virtual classroom for compelling lectures.

Joe Moody presents "The Medal of Honor and Other Medals of Valor." Moody served as a biology professor from 1976-2002.

Fred Jones presents “Race and the Shackles of Tradition.” Jones was a staple of the department of sociology and criminal justice department for nearly 50 years, serving as a full-time faculty member from 1970-2017.

Dr. John Epperson presents “A More Perfect Union? The Electoral College in an Age of Polarization.” Epperson served as a professor of political science from 1977 until his retirement in 2019.

Pat Singer presents “My 40-Year Romp Through DNA.” Singer’s tenure as a professor of biology professor spanned 36 years from 1982-2018.

Bruce Haddox presents “The Liberal Arts in a Post-Truth Era.” Haddox began his Simpson career in 1969, serving in multiple roles before retiring in 2006. In addition to his stint as a professor of religion, Haddox also served as vice president of academic affairs and spent one year as acting President.