I feel strongly about our democracy, civil rights and the personal dignity and respect everyone is entitled to in the workplace and elsewhere.

Over the last 20 years, Fiedler’s DesMoines-based employment law firm has handled more than 2,000 cases involving discrimination, harassment and retaliation. She is well-known for successfully presenting many high-profile cases while winning 15 verdicts or settlements exceeding $1 million.

At the end of the day, however, as cliché as it might be, Fiedler says what she does is about much more than the money awarded to her clients.

“I firmly believe that listening to someone talk about something traumatic helps them to heal,” said Fiedler. “We counsel people— not in the clinical sense, but in the sense of letting them know that somebody cares and wants to fight for them and give them a voice in a system that is overwhelming and incomprehensible to most people.”

Fiedler says advocating for others is grounded in her deeply held idealistic beliefs about what every person deserves in life.

“I feel strongly about our democracy, civil rights and the personal dignity and respect everyone is entitled to in the workplace and elsewhere. It’s fundamental to who we are as a country and our cultural identity as Americans.”

All in the [Simpson] Family

Fiedler says the opportunity to mentor many young attorneys in fighting for people’s civil rights is perhaps her greatest reward. Of course, nothing hits closer to home than helping her own daughter, Madison Fiedler-Carlson ’12, thrive as a lawyer in her firm.

“We were a little wary of working together at first,” said Paige. “We are very much the same person in many ways and sometimes we clash. So, we set up rules that when she calls me, she either says, ‘I want to talk to Paige’ or ‘I want to talk to mama.’ It’s been wonderful.”

So wonderful that Madison and another Simpson graduate, David Albrecht ’10, recently became partners in Fiedler’s firm. Paige first recruited Albrecht after being“blown away” by his presentation skills at Simpson’s Presidents’ Society Dinner, when he was just six weeks into his first year of law school. He joined Fiedler’s firm as a student law clerk and has stayed on ever since.

Fiedler says that strong writing skills, versatility and a relentless appetite for learning new things make Simpson grads well suited for law, but most importantly’s their sense of selfless purpose that makes the biggest difference.

“All the people I know at Simpson have good hearts. They just want to do the right thing and be a good person in making the world a better place.” 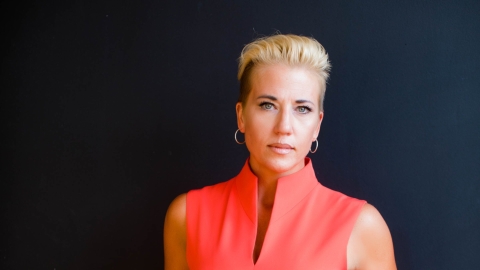